The Rebirth of the Malicious Empress of Military Lineage

Shen Miao, the Di daughter of a military lineage, pure, amiable, quiet and yielding, foolishly in love with Prince Ding, threw herself into the role of a wife.

After assisting her husband for six years, she finally became the mother of the world (Empress).

She accompanied him to fight for the country, flourished the country’s territory, took risks to become a hostage in another country. When she returned five years later, there was no place for her in the Inner Palace.

The beauty in his arms smiled brightly, “Older sister, the country is stabilized, so you should retire.”

Her daughter met with a violent death and her son the Crown Prince was deposed. Her Shen family who sacrificed themselves for the country and the Emperor, not a single one of them were lucky enough to escape. With the change of one dynasty, everything was overturned. Her clan perished and she had to mourn for her children.

Shen Miao never thought that being a married couple who have gone through trials and tribulations and mutually assisted each other was just a stage joke to him!

He said, “Seeing that you have followed Zhen for twenty years, Zhen will grant you an intact corpse. You should thank this kindness.”

Under the three Chi (1 chi = 1/3 meter) of white silk, Shen Miao made a malicious vow: In the time to come, she will take part in each and everyone’s end!

Upon rebirth, she returned to the time when she was fourteen, when the tragedy had yet to occur, her family was still alive and she was still the pure, amiable, quiet and yielding Di daughter of a military lineage.

Relatives hiding a black heart, Elder and younger (female) cousins are ruthless and malicious, the new Yiniang is like a tiger watching its prey and the disreputable man who wants to repeat the events?

Her family must be protected, the huge enmity must be avenged, the Imperial seat of the country must also be a part of the trophy. In this lifetime, let’s see who can beat the others!

But that little marquis from the Xie family, the arrogant and obstinate spear carrying youth, stood biasedly at her side and proudly said, “Just the fall of the Imperial power. Remember this, the world belongs to you. You– Belong to me!”

A few notes from me regarding the summary:

Hello everyone and welcome to my latest obsession. And by latest, I mean my obsession that began 3 years ago after I moved abroad.

Now I have to say, I’ve been a pretty avid light novel reader for a while now, but for some reason it just never really crossed my mind to read Chinese webnovels. It’s kind of stupid, but I kind of didn’t even realize they existed or were even remotely popular to be honest. Whoops lol. They’ve definitely gotten more popular over time (esp recently I feel like), and the tropes in Chinese webnovels are very similar to tropes you’ll find in Japanese light novels. This probably surprises… nobody.

Unlike Japanese webnovels which have a high chance of being published into physical novels, I would say most c-novels are far less likely to get turned into a published book. There are a few authors who are popular enough that have I believe official published books or are at least officially published by an actual publisher (ebook or physical) rather than just being published on websites like jjwxc/qidian/xxsy. I would say those three websites though are probably some of the most popular websites for female-audience webnovels, particularly qidian and xxsy (which is owned by qidian l o l).

Anyways that’s just a brief intro into c-novels. I’ve been pretty into reading them lately , even more so than JP light novels as they actively helped me improve my CN while I was living abroad plus I learned a lot of weird ass slang from them which was just funny lmao.

I read this novel ages ago but the translation recently finished so I ended up re-reading the novel. I figured this would be a good novel to review first as it’s still pretty fresh in my mind!

This is one of the earliest novels I’ve read. The first cnovels I ever read were by Ye Bei (夜北 aka “North Night”) and from her novels I stumbled upon this one through recommendations on NovelUpdates I believe.

I’m sure this novel has been reviewed from heaven to hell because it’s pretty popular but who cares! Reviewing it anyways!

Anyways there may be some spoilers ahead, but I wouldn’t say any are super detrimental to anybody who hasn’t finished reading the novel. I’ll try to keep it as spoiler-free as possible!

The Rebirth of the Malicious Empress of Military Lineage is a “revenge and rebirth” cnovel that focuses on Shen Miao, our female protagonist. In the first chapter or two, you hear about the abuse and the suffering Shen Miao has gone through as the Empress. She was used, abused and tossed aside by her husband, the Emperor at the time – Fu Xiuyi. He married her only because he wanted the power of her family behind him. Her good female cousins betrayed her and see her off as she dies.

Well Shen Miao dies and is reborn to the time when she was 14. Her family is all alive, and she has knowledge of what happens in the future, as well as all the cunning and knowledge she learned when she suffered for her country as the Empress.

This book is not nearly as violent as Qian Shan Cha Ke’s previous novel, The Rebirth of an Ill-Fated Consort which for some people is probably for the best. Legit, I also read that novel (after finishing this one) and there were quite a lot of violent scenes in that book. The intrigue and scheming was also not as well thought out compared to this novel, and the heroine from that novel was not as likable to me as Shen Miao is.

This novel though has a lot of excellent intrigue, with Shen Miao cleverly and quite evilly destroying all of the enemies of her past life, even those from the other two branches of her family, who all schemed against her. Seriously, the body count in this novel is pretty high, and all of that at the hands of Shen Miao’s scheming. Of course, later on, she does have help from Xie Jingxing, but at the beginning, she works very carefully and polishes all of her chess pieces and controls the board very well.

She acknowledges though later on that she, her one person, cannot do everything on her own and have it go successfully. This is also the reason why she eventually teams up with Xie Jingxing.

The male lead is Xie Jingxing, who’s true identity I’m sure everybody can guess pretty early on, but I have to say he ranks pretty high as one of my favorite ML’s. He’s very arrogant, a little bit jealous, but not a super psychopath like male leads in other c-novels can tend to be. I find that his interactions with his men and Shen Miao are both funny and adorable, and I found that the way he teases Shen Miao and the way Shen Miao is able to bite back at him amusing and fantastic.

I really enjoyed all the characters in this story. I wouldn’t say the villains were super complex or interesting save for maybe Fu Xiuyi, but that’s mostly because you don’t see their point of view often and the story mostly focuses on Shen Miao and her scheming/revenge. She truly desires to take down all of the imperial power of the kingdom she lives in because of what they did to her in her past life.

The character interactions were fantastic in this novel. I really enjoyed all the side characters and I also loved the side stories because they were all on the different couples! Luo Tan, Shen Miao’s female cousin, was hilarious and energetic and Feng An Ning was also a cute character who’s side story I gladly gobbled up. Except for that weird ass first side story with Shen Miao and Xie Jingxing, I thought that one was kind of fucking weird but it’s fine lol.

Shen Miao’s family are also great, but compared to Shen Miao, they’re naive and cannot play “the game” very well. In fact, at one point, I believe Xie Jingxing mocks Shen Miao’s father for not realizing how much suffering Shen Miao has gone through, alone for much of it, just to protect their family. Shen Miao’s older brother suspects her a few times, but she usually manages to convince him it’s not her – although I don’t think he really fully believes her. She always shows one face to her family, while her true face is hidden away deep inside of her.

While her father, mother, and older brother are mostly straight forward and naive, Shen Miao is clever and hides herself relatively well. Hardly anybody can believe that someone like her, who used to be a love-sick idiot over Fu Xiuyi, could possibly mess up the schemes of the imperial family or scheme to have her blood-related relatives executed.

All that being said, the romance in this novel does kind of take a back seat in comparison to the rest of the plot. The romance does not happen that quickly, and even after the two get married, it’s obvious Xie Jingxing is in love with Shen Miao but Shen Miao still holds back from him. They have some kind of stupid drama for a few chapters but it gets resolved pretty quickly.

As for the ending of the novel, I also felt that it was kind of a boring ending, but I wasn’t too dissatisfied with it. I still thought the ending was pretty cute, and I enjoyed Shen Miao’s words to Xie Jingxing at the very end. I thought it was a nice tie back to the beginning of the novel.

ULTIMATELY THOUGH, the best part of this novel was watching everybody fucking get their asses whopped and executed thanks to Shen Miao’s scheming. I mean, this is why we read revenge novels, right??? Oh yeah. It was SO SATISFYING. I honestly wish Fu Xiuyi’s end could have been bloodier, but it’s fine, it’s fine. When I first started reading this novel, I was so infuriated over the other Shen family branches that deceived and bullied Shen Miao, so seeing them all get executed was just… chef’s kiss excellent.

I definitely recommend this novel for those of you who enjoy the whole rebirth and revenge trope. It’s definitely one of the better, if not the best, novels in that genre out there. It isn’t a long read at only 231 chapters and it’ll keep your attention the entire time, unlike a lot of other novels that span 89103849301730 chapters and never fucking end and have the same, tired drama repeat over and over again.

I have yet to read her other novel being translated, Marriage of the Di Daughter but I might read it some time in the future as it appears to be a good novel as well based on the ratings on NovelUpdates.

Since cnovels have sucked up all my life and time, I’ll probably be doing more reviews for them in the future. At first I didn’t really know if I wanted to bother with reviewing this kind of stuff, but then I was like why the fuck not lmao so here we are.

Anyways, thanks for reading! 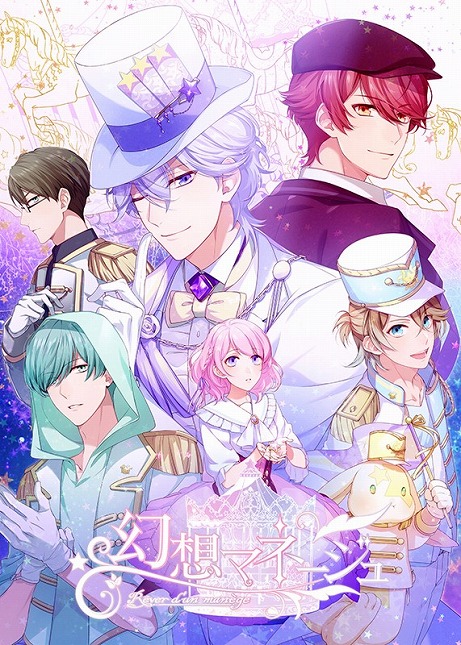